West of Houston’s downtown, the Memorial area of Houston is sandwiched between Buffalo Bayou and I-10. An impressive selection of residential architecture can be found in the area, including luxury high-rises, exclusive gated communities, and updated vintage homes. The neighborhood also has easy access to the energy corridor and the Memorial Hermann Memorial City Medical Center. 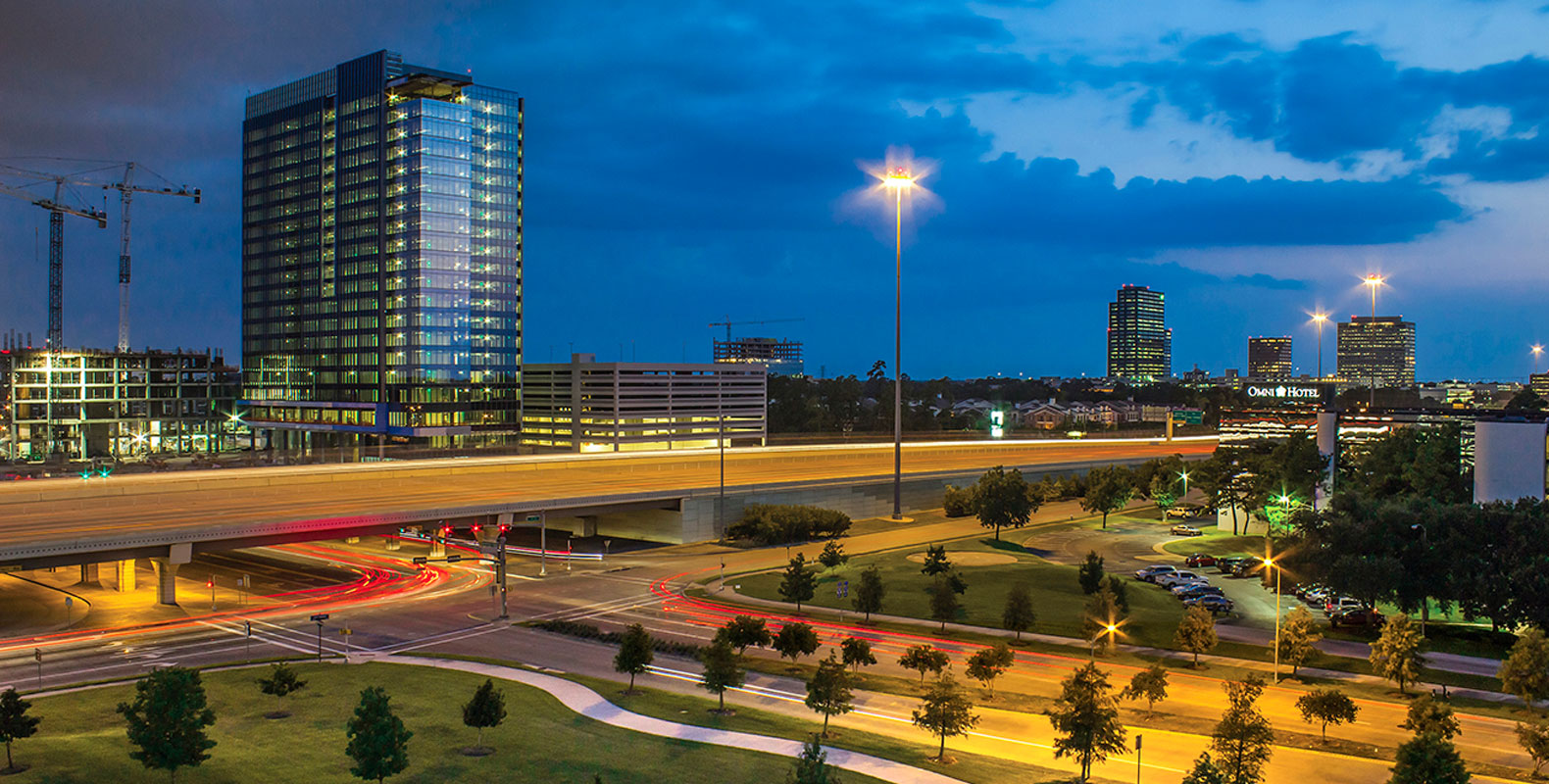 Concerning the history of how Memorial Villages came about, it’s a rather engaging story. After World War II came to a close, routes to downtown Houston were rapidly improving and with it the popularity of Memorial subdivisions. To improve the zoning of home residences, the first area here to be incorporated was Hunters Creek Village in 1954. Soon after, other villages followed suit, including Piney Point, Bunker Hill, Hedwig, Spring Valley, and Hilshire. To this day, all six of these villages are individual municipalities.

Memorial was home to large estates and fertile farming land before it was annexed by the City of Houston. The residential landscape of the area changed once the U.S. Army Corps of Engineers built Addicks Reservoir and Barker Reservoir for flood control. In the 1970s, energy companies started looking west of Houston to build campuses closer to growing neighborhood developments. This was the start of the energy corridor. With the construction of Beltway 8 in the 1980s, the area continued to grow into the vibrant area it is today. 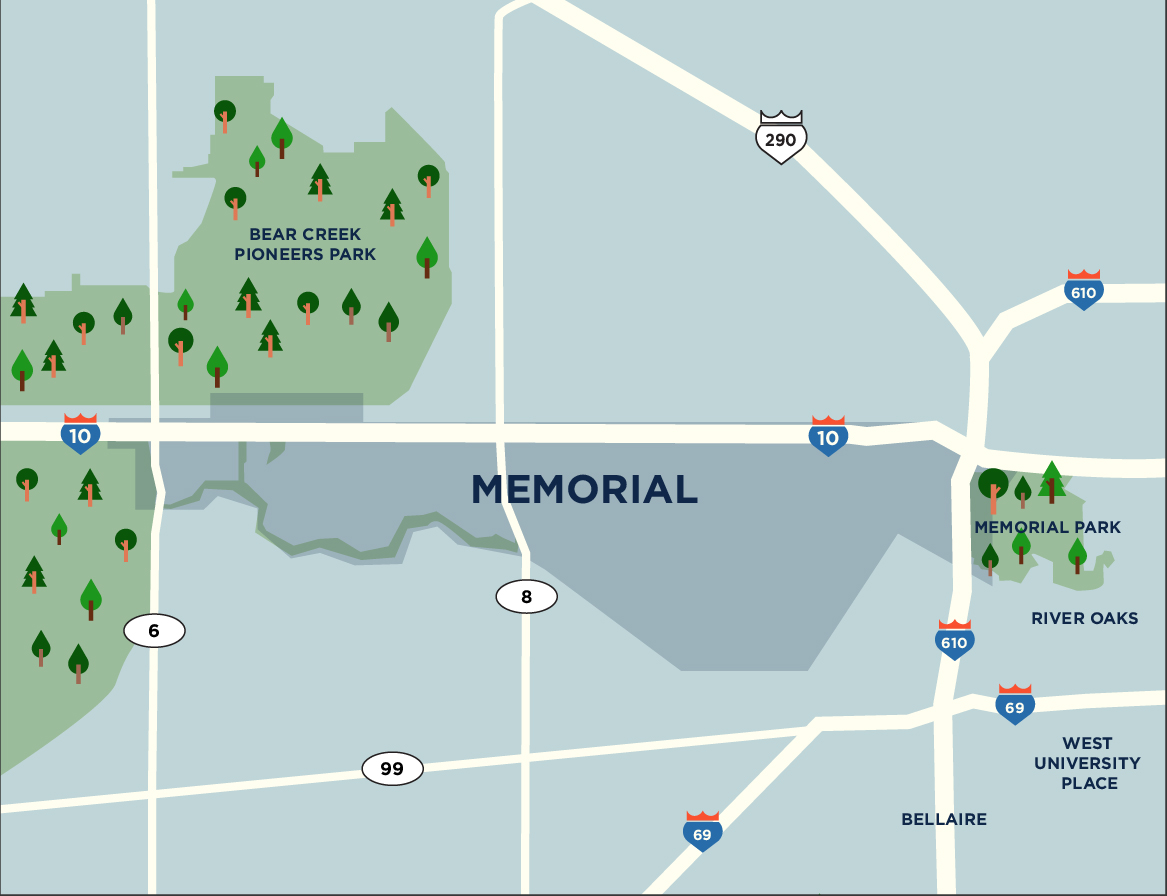 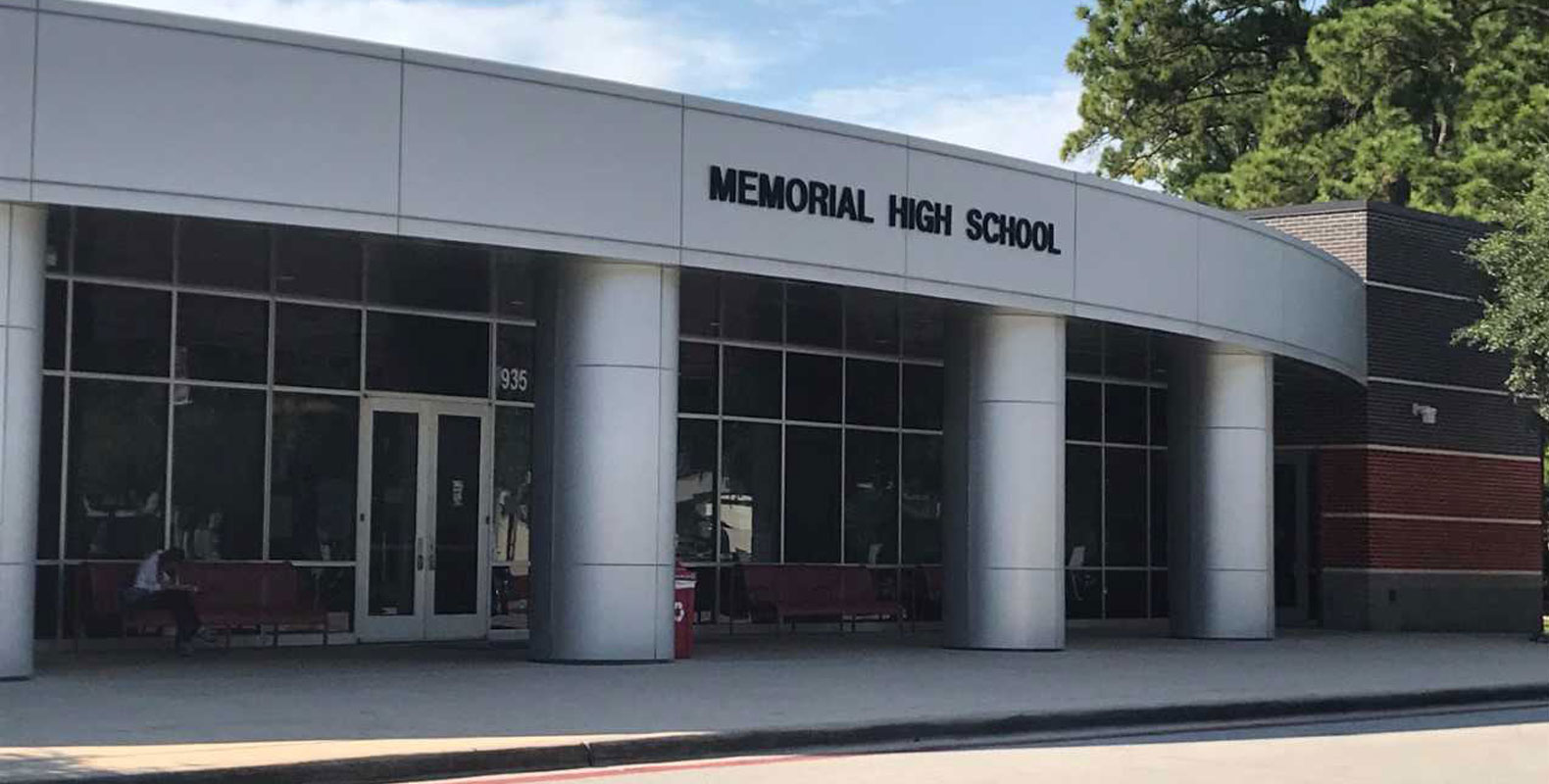 Westchester Academy for International Studies is a highly rated International Baccalaureate public charter school in the area. Harmony of Excellence is another exceptionally rated private school nearby. 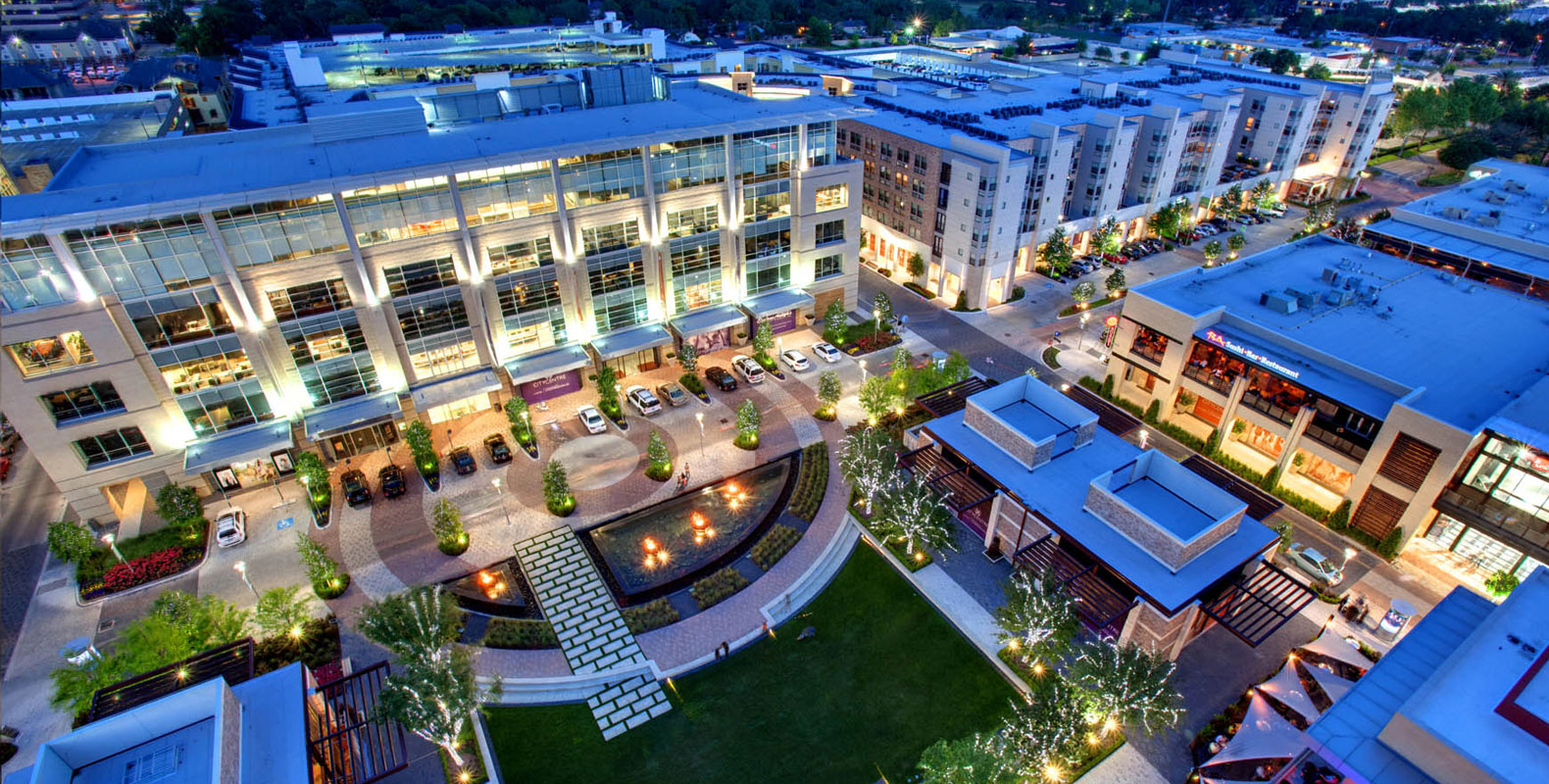 Further west on I-10, Citycentre offers 1.8 million square feet of shopping, dining, entertainment, fitness, office, and living space. The shopping center is focused on posh, upscale offerings with stores like Anthropologie and Z Gallerie and restaurants such as Ra Sushi and Seasons 52.

With 1.7 million square feet of retail space, Memorial City Mall aims to be “much more than a mall.” In addition to shops and dining, the mall offers a 16-screen movie theater, a 2,600-square-foot play area, and an NHL-sized ice skating rink. At night, buildings of the area are alight with 2.3 miles of bright LEDs. 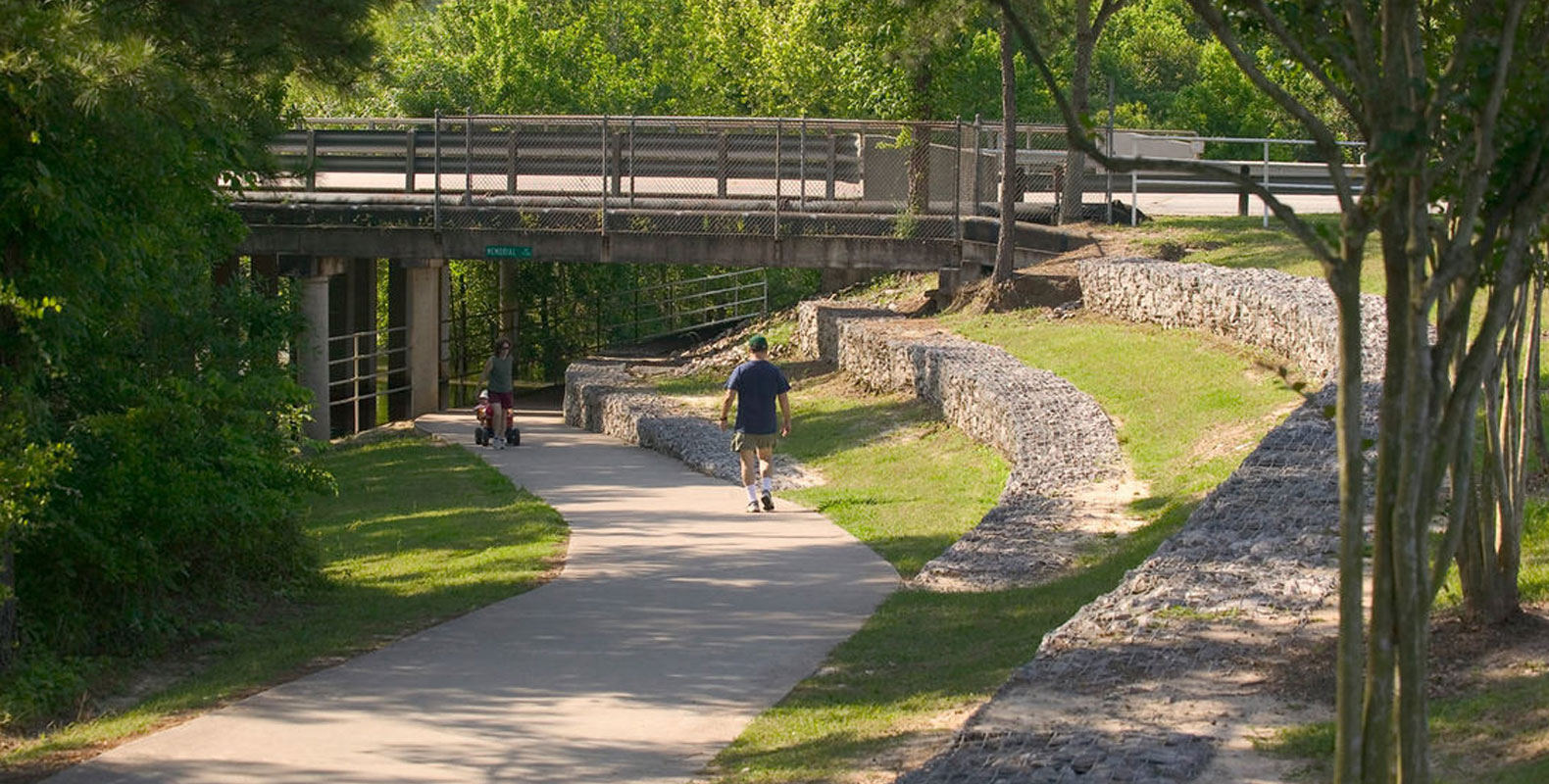 Houston has many impressive park spaces, and Terry Hershey Park is no exception. The park covers nearly 500 acres of land and has more than 12 miles of trails, which delight trail fans with more winding than the traditional loop. Cyclists will enjoy the surprising challenge of the bike trails, which have been nicknamed the Anthills. There are also geocaching opportunities, for those that love the thrill of the hunt.